Despite the high winds last night the overwhelming urge to get out and play had me on the windswept waste lands again. This time the over half came along to get a bit of practice in photographing the Savage in action (pictures to follow soon).

In the mean time i had all intention to start tuning the F4.6 engine and get it running at full power. Sadly i shot myself in the foot after looking at the gauge for the receiver battery level and noting it to be in the first yellow marker LED, and like a tool i thought, “that will be ok”.

After a tank and a half of fuel the truck started to struggle, especially with throttle control, and i quickly twigged on that the servos were struggling to operate their designated systems, followed shortly by the DX3S informing me of a low receiver battery condition.

Inevitably the failsafe's locked the whole thing out and left me stood there feeling like a class-A fool!

Lesson learnt: charge the battery or obtain/carry a spare!

I did get a short way on tuning though, doing the norm and turning in the carb needle, checking temps, and with every following run the truck is getting faster and more brutal on the pickup. I can see why they named these trucks “Savage” now!

On the DX3S telemetry front, sadly no response from Spektrum yet, although they do say they respond within 3-5 business days.

So i attempted a temporary fix for the temp sensor…

It basically involves attaching the sensor to the side of the block with a tie wrap! A bit crude, but the sensor is technically in the right area, bar it being vertical rather than horizontal that the normal loop wire would position it. 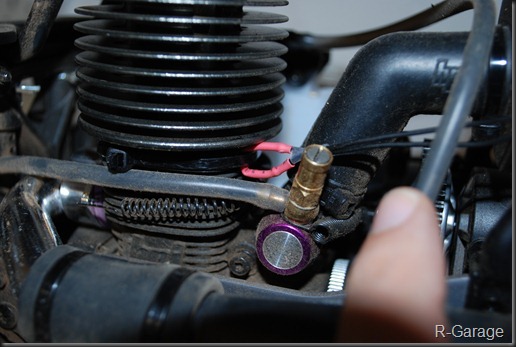 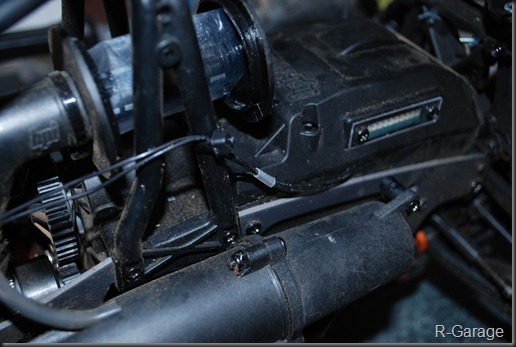 Thankfully it works and reports temps back to the radio, and comparing it to the infra red gun i have for the glow plug temp its pretty consistent with 3-4 degrees of what the temp gun tells me, so works well as an on the fly check in case anything gets too hot, too quick.

Anyway, battery’s are on charge and ill be prepared properly next time! 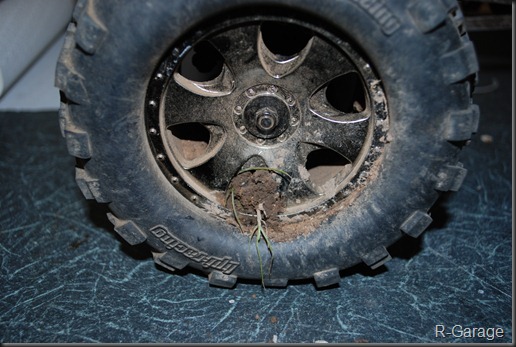