It took a while and a bit of trial and error, however the Savage is now running as strong as ever.

My original problem was the slipper clutch destroying itself… well i say itself but i think i may be partly to blame, being out of the game for several years, I'm a bit rusty on control techniques. Perhaps landing from hard jumps with the power still on and not respecting full throttle launches on rough terrain with such a massive engine, probably helped to kill it off! 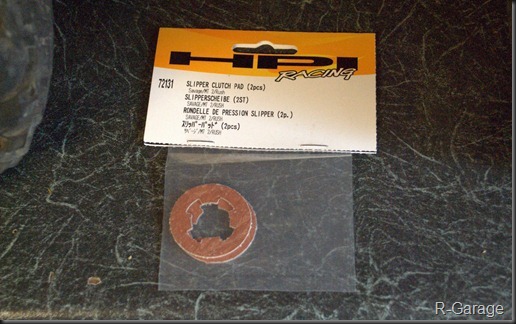 Stripping down the slipper showed some heavy wear on the pad but it didn't seem completely trashed (I've seen worse!) 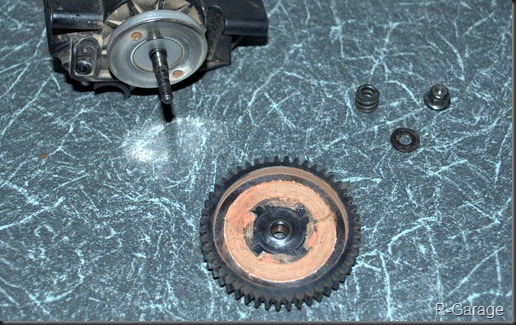 It took a bit of work with the use of a craft knife to clear as much of the pad material out, but with it mostly cleared i noted that the 4 drive “dogs” that locate the pad appear to be also worn. 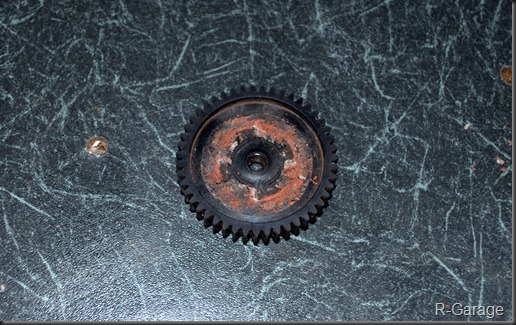 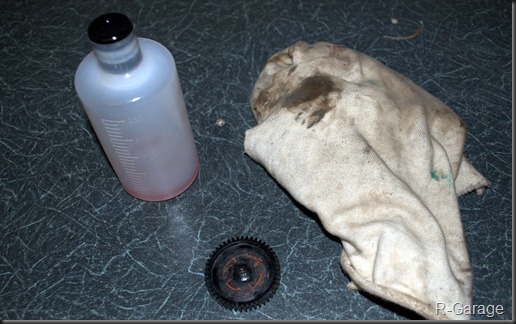 Then attempted to apply a new pad… 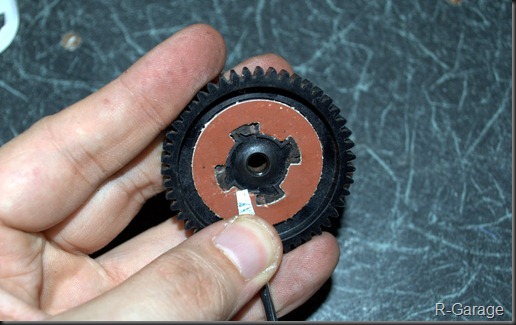 Its a bit easier to see the damage to the drives in this image, they are clearly worn and distorted, its obvious they have been in contact with the slipper plate.

One thing that wasn't completely obvious to me at this point (as i had nothing to reference it too) is that fact that there is a deformation around the central hole, its kind of a bulge or swelling, and the only thing that is giving it away on the previous image is how the camera flash is reflecting off the top off the central hole. 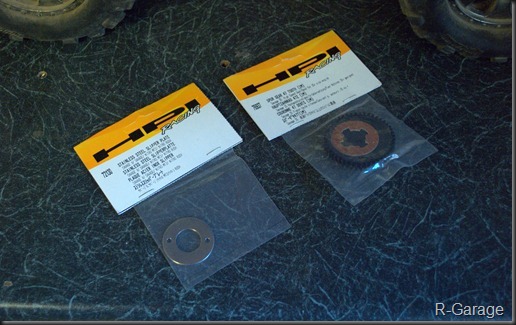 Unfortunately there are no more pictures from here as my camera battery died.

The thing that initially pointed to the deformation on the old gear is the new one is completely flat. I also had to remove the brass bush from the old gear.

This particular bush seemed to be literally embedded into the plastic of the old gear and the protrusion on the back face almost seemed like it had been caused by the bush trying to push its way though…? From this i evaluated that the deformed area was likely to be carrying most of the load from the clutch spring up against the slipper plate, so most of the energy was being lost due to the plastic spinning against the metal, and very little friction through the pad.

The bush took some getting out, with the use of a knife and punch, but eventually it was free and installed into the new gear, i also roughed the original slipper plate with some 180grit wet and dry (didn't use the new one in the end) and then proceeded to rebuild the rest of the drivetrain.

Taking the truck out provided instant results. It is now back on complete form and all the engine power is making its way through. In fact it seems to run better than ever, making me think the original slipper may have not been set right from the factory? I have also only back the spring of by a quarter turn instead of a half turn.

I also need to get some practice in and not be too excited with the throttle lever!

The HPI website has a tutorial on helping prolong the life of the spur gear, judging by the pictures, running it loose will completely destroy it! This is one reason i have decided to only back mine off for a quarter, as my last one was clearly starting to melt down in the same way.

Information related to the slipper pad….

And a worthwhile upgrade? The uprated steel spur gear found with some Savage kits, only thing is it requires a new clutch bell. So i may hang on until that needs replacing too…