Getting to know the Revo 3.3

With the weather still holding it out  i decided it was about time i had a go with the Revo 3.3.

Thankfully a local abandoned factory has a nice big flat yard, ripe for running in as per Traxxas’ instructions. 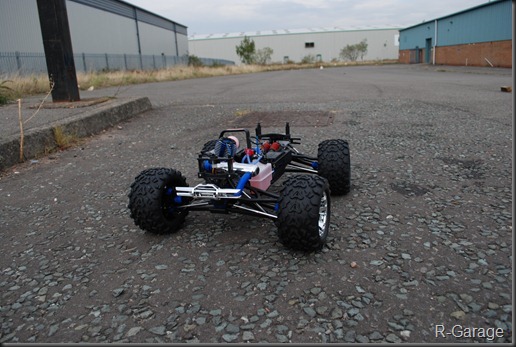 I was initially interested to see how well the EZ-Start system works. 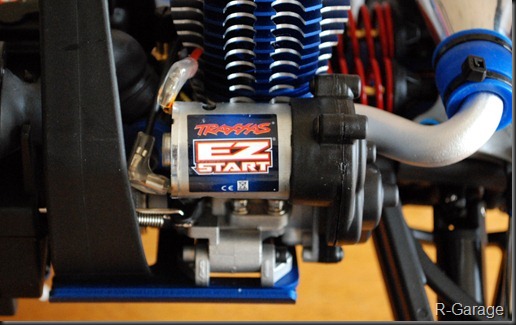 If your not aware, the EZ Start system incorporates a starter motor and a glow plug ignitor  installed on the actual vehicle.

It is all controlled by an external unit that houses a 7.2v NiMH battery and has a single push button control. 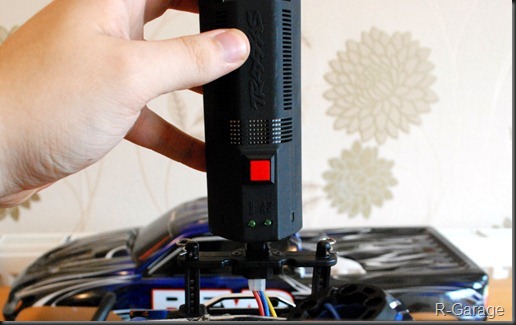 This unit connects to the vehicle via the 4 pin connector mounted between the rear body posts.

With the truck fuelled up and all electrical systems go, i attempted to fire the engine up.

The EZ Start system simultaneously lights the glow plug and runs the electric motor which in turn spins the engine.

I didn't prime the engine as suggested, and just hit the red button, this prompted the fuel to surge through the fuel line and eventually the engine tried to cough into life, but alas, it did not start.

A few more tries and no luck, eventually the engine flooded and locked up.

This happened a couple more times, before the engine actually started to sustain combustion, but attempting to pull on the throttle trigger, just caused the engine to instantly stall and die.

Again a couple more floods and attempts yielded nothing.

Getting a little frustrated i decided to remove the wire for the glow plug for the EZ Start system and light the plug with a normal ignitor. Still spinning the motor with the EZ Start, this time it started within seconds and managed to sustain the cycle.

However, the engine with the factory settings is running exceptionally rich and really struggled to get going without a bit of encouragement. The encouragement being a good hard push to make it move and then blip the throttle, just enough to blow the excess fuel through and keep going. Seriously there was almost a constant trickle of unburnt liquid fuel coming from the exhaust tube.

But i persevered through the next couple of hours, and managed to complete all the steps as outlined in the manual.

One other curious thing, the brakes were completely non existent to say they are set from the factory! I did manage to make them work through turning the adjustment screw on the end of the control rod, but will look at setting it properly in the near future.

With the break in under wraps it was finally time to start tuning the engine, however, plenty of work will need to get it running perfectly.

I spent a good hour or so adjusting the high speed needle, followed by the low speed and idle screws. The top end seems very good so far, but still plenty to go. The low speed needs a lot of work though. Even doing the Traxxas “pinch test” currently causes the engine to stop running in 5-6 seconds (it was around 9-10!) so still a bit of tweaking to do, to get it down to the 3 second recommended mark.

It also seriously bogs down under initial acceleration, backing up the very rich mixture i suppose, but where would the fun be if it worked first time?

Other than the teething problems, i have no serious issues with the Revo 3.3, it’s a superb monster truck and has very little trouble getting across the rough terrain of my test site, the Revo style suspension is really quite something in these situations, offering excellent handling despite the increased ride height over the E-Revo. I was seriously impressed at the amount of stability it has, as a result it doesnt skip and dance about on the very bumpy bits like its Electric brother does.

Akin to the HPI Savage it just pounds across anything you put in its path, however the steering is far superior. Once again the dual servos giving a massive amount of power to the steering mechanism, and providing unhindered turning ability.

It will be good to see how well the Revo 3.3 holds up in the durability and reliability stakes over the next few weeks in comparison to the problems i have had with the Savage’s.