Another addition to the stable!

This time a second hand HoBao Hyper 7 TQ Sport acquired from a gent that i work with. I bought it for a song and it will work out as a nice project to work on.

The buggy itself is structurally in a very sound condition, all the suspension, drive train and engine are of no concern. It has however suffered a bit of neglect, being heavily soiled in a few areas, the air filter has seen better days and a few parts need replacing.

The tyres need replacing as the rears are bald down the middle, and the electronics need a bit of a revamp. It’s still running its original HoBao system, which if memory serves me right consists of rebadged Futaba stuff?

Its also a 27MHz system, and suffers quite badly from interference with crazy-glitch servo’s! That said the servo’s consist of a HoBao H101 for the throttle and brake, which i think is a Futaba S3003 with a different sticker, which does the job ok, and the steering is currently taken care of by an Acoms AS-17 servo, which i have a hunch may not be the original equipment and has been replaced at some point, perhaps the original was killed off (assuming it was also a H101).

The worst thing is about the AS-17 servo is, it’s a bit overwhelmed with looking after the steering mechanism, so I am going to look at putting a more powerful and heavy duty item in there.

The only thing relating to the engine is the pull start, which is a bit ropey (no pun intended) and starting to disintegrate. I will either replace that or look at a Rotostart type system.

So my initial plans will  be…

I'm also half tempted to give this thing a test out on a proper R/C circuit. I’ve known a few people who have used Hyper 7’s for racing with good success. 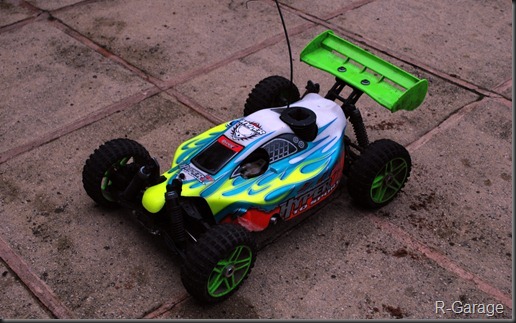 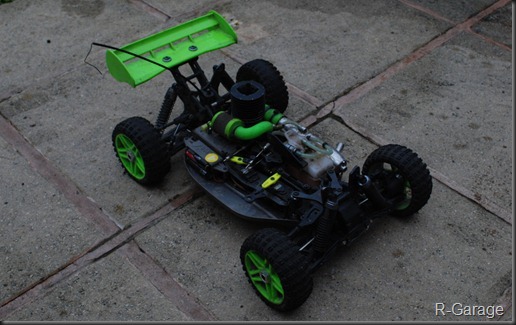 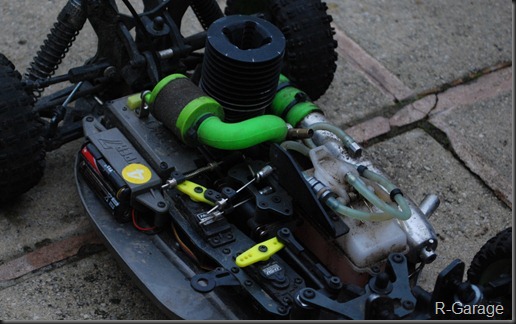 I did attempt to clean up the air filter when i was just having a look over the buggy, and washed it out in various stages of fuel and soapy water. It nearly doubled in size! But is clearly ruined. Also the engine wont idle now as it can breath properly again! 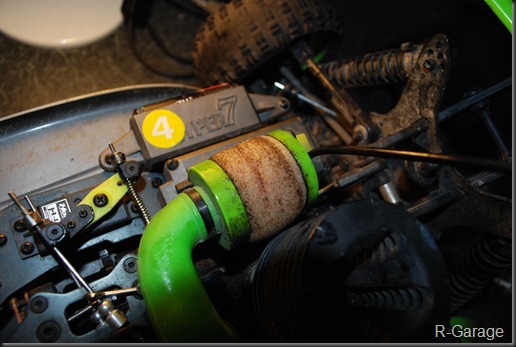 Do you know of any Hyper 7 common problems or hints and tricks? Please, let me know!