The 30th of November has arrived and their has been an explosion of interest into the new offering by Traxxas.

Boasting a top speed of 100+mph in a 1/7th scale package, the new XO-1 certainly looks the part and packs some very interesting new features and concepts.

The car has a distinct “supercar” type body shell. Although not based on anything production wise. 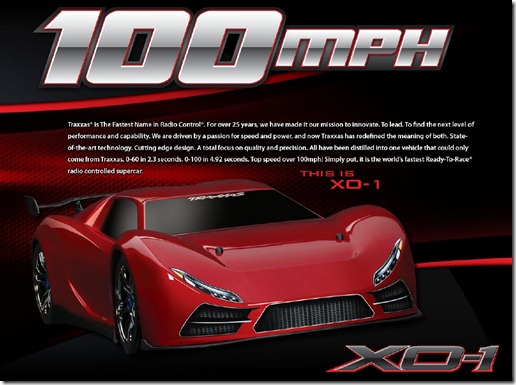 The chassis has some very interesting ideas applied to it, and its not hard to work out will get the most focus… that Aerodynamic Under Tray.

Claiming such high speeds, aerodynamics do start to play a major factor on how any vehicle will behave, regardless of it’s scale.

I would love to have come across some evidence that this element of the model has been done “properly” with the use of fluid dynamic modelling and wind tunnel tests… without that its just a gimmick to me that has been modelled by someone on a computer and made out to be aerodynamically superior for the sake of it.

It looks good though, and would do more good than harm.

The “scoop” is also an interesting feature for feeding cool air to the motor fins, whether that will also pickup moisture, grit and dirt from the surface is another matter. Three things that you don't want passing in the direction of the gearing and electronics. 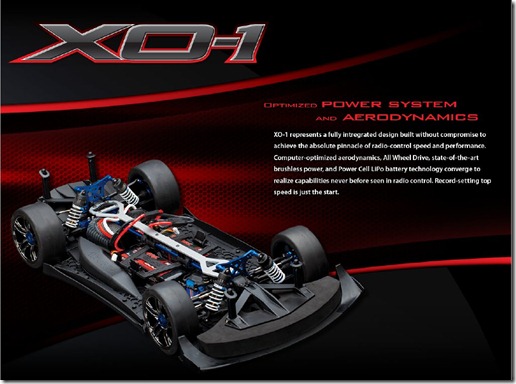 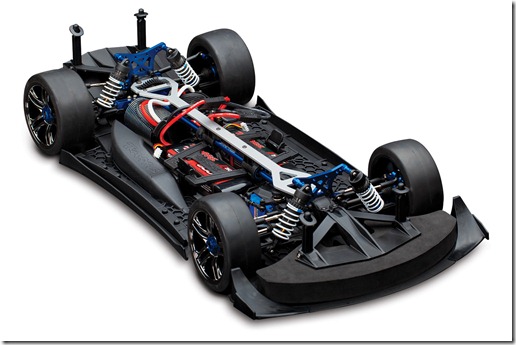 The plan view of the chassis certainly gives you a bit of a notion on the physical scale of the XO-1, the long thin “spine” of the vehicle is probably no wider than a regular 1/8th chassis, with most of the breadth made up by the under tray.

It does look neatly laid out through, the twin battery clamps positioned equal about the width and length of the car should provide good weight distribution. Although it would expect it to be slightly rear biased due to the motor being at the back. Only time will tell when someone gets one onto some scales. 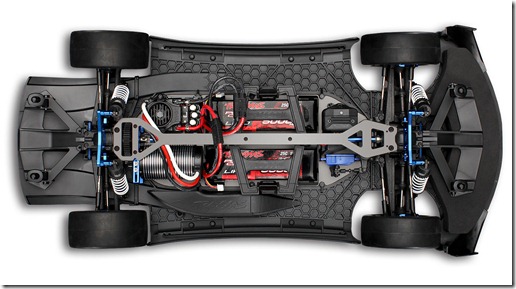 This leads on nicely to the motor itself. 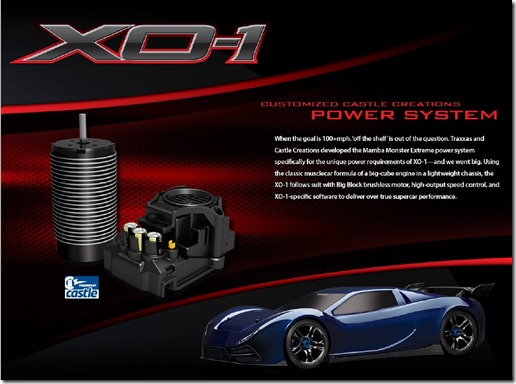 A custom built design by Castle Creations. That's not a bad thing by any standards, but its nothing new. Essentially it appears to be a slightly scaled up Mamber Monster and associated ESC, but to make it a bit more melodramatic it has been labelled with the EXTREME badge. 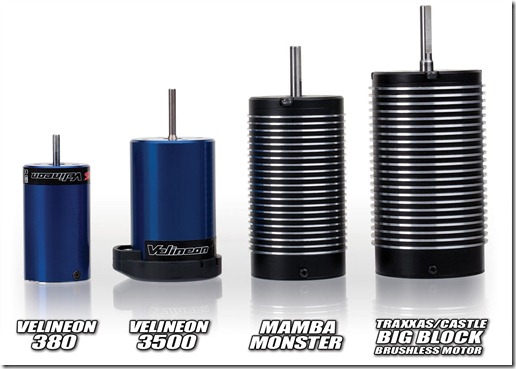 This new ESC also has what looks like three of its capacitors in a position to aid airflow. Now I've got a bit of experience (and qualifications) when it comes to electronics and they look like run of the mill electrolytic capacitors, cheap and reliable yes… but to make up the EXTREME side and wow us with technology, lets get some solid state items in there? 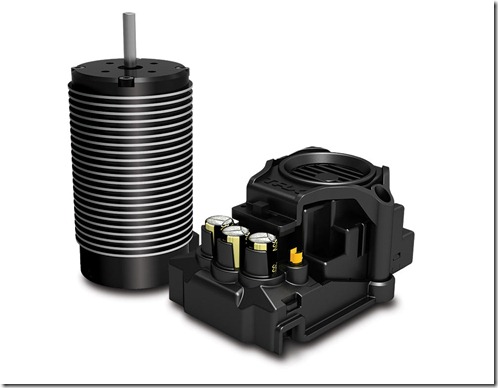 That said its only a computer render, the final item may well be different.

Next the controller, the new TQi. 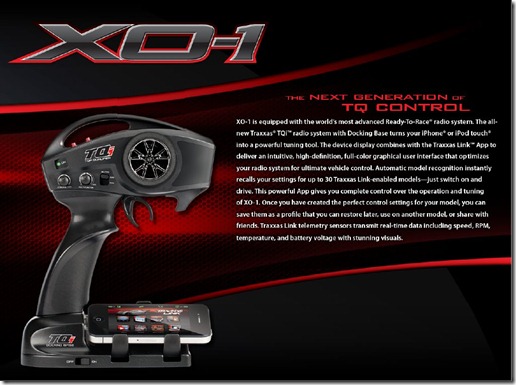 Yes that is an iPhone connected to the base of it! (Or iPod)

If you are already a member of the Apple fraternity you will be slightly excited now, if you're at the other end of the spectrum you are probably feeling a bit tight chested and short of breath now.

So one controller for all your Traxxas models!

Now i know that other Traxxas Link radios do the same thing, but it is a horrible and convoluted affair to set the things up, compared to aftermarket radios like the Spektrum DX range, as their LCD screens turn a chore into a dream. The iPhone mounted on one of these will offer that similar, if not better, flexibility.

Judging by the functionality it will also replace the need for the Castle Link Programmer that you can obtain to tweak the settings in the ESC. 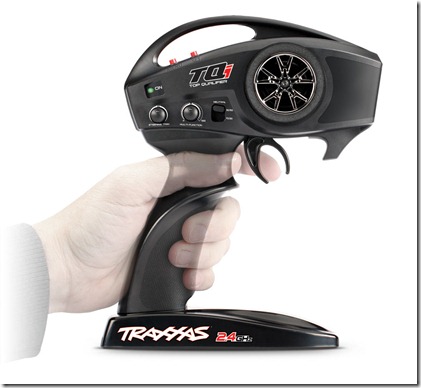 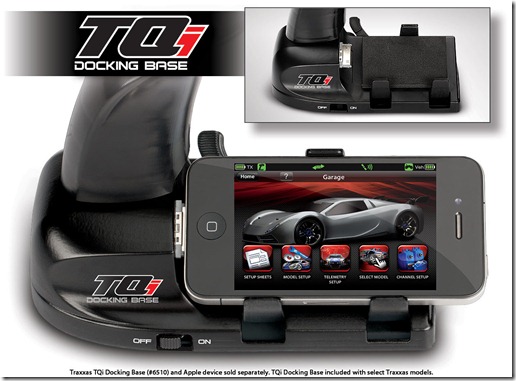 Its not all rosy though, that iPhone dock is an optional extra, and believe it or not, the iPhone doesnt come with the model either! More on this later…

Another new concept…. the Cush Drive 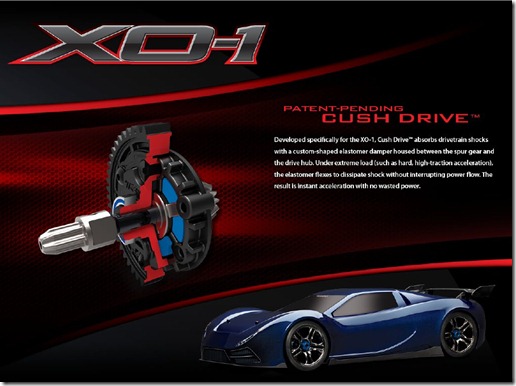 A new generation of slipper clutch type assembly developed to handle the EXTREME power of the XO-1.

Quite how this system works, i haven't quite fathomed out yet, But a guess would say that blue part is some sort of semi flexible material that the silver component pushes against?

Giving a form of shock absorber to take the initial load of the motor on the drive train and then return to its original shape as the load tails off?

It would be nice to see and dissect one, and if its a vast improvement over the slipper pad type clutches that are rife with models at the present time, this system would be a welcome addition. 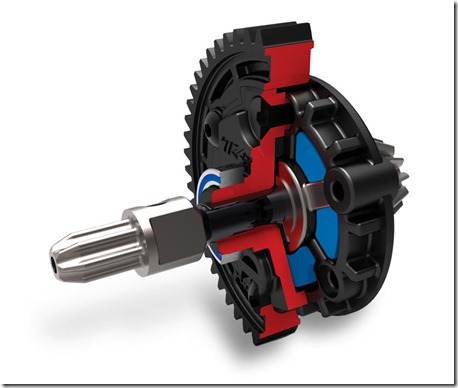 This is a screenshot of the exploded view available from the Traxxas website. 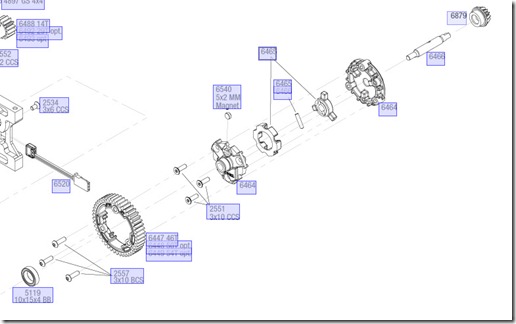 Digital Servo and waterproof receiver box also part of the mix. I don't think you would run this thing in the wet though 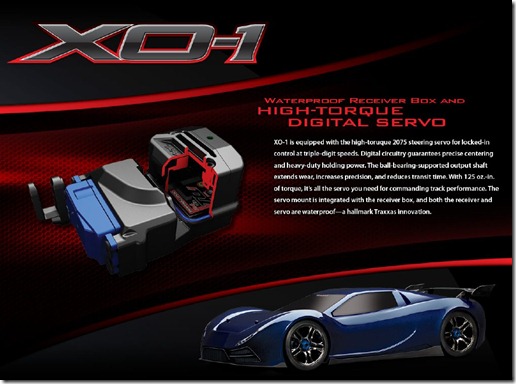 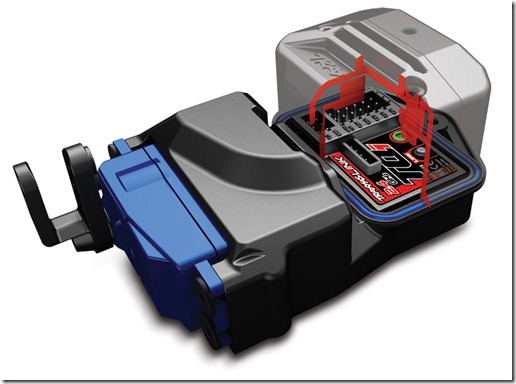 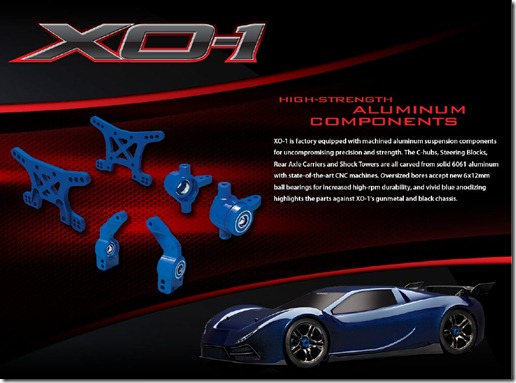 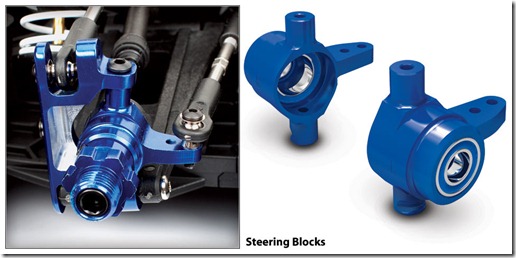 Special tyres also for those speeds, tyre ballooning at this level would without doubt cause catastrophic failure! 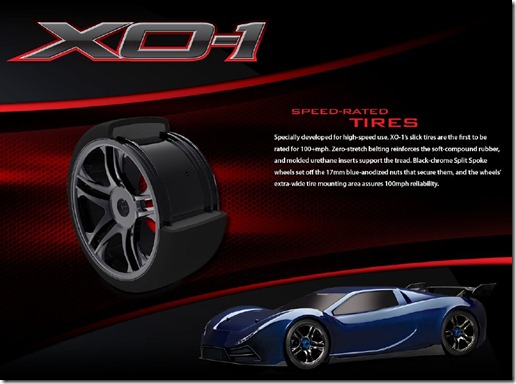 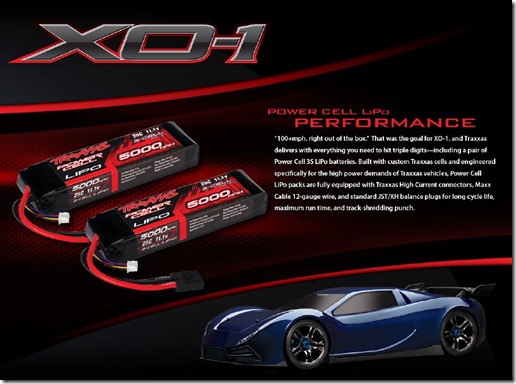 This post has just been a general observation of the recently released news of the Traxxas XO-1, and isn't representative of an official review.

My own personal opinions can be found at this post.