Waaaaaaay back in August 2011 HPI teased us with the Revolution silhouetted press release image of what looked like a Savage with a petrol/gasoline engine installed. Set for release in 2012.

Well, we are almost at the final throws of 2012 and finally, they have shed more light on the subject.

Not known as the Revolution but the Savage XL Octane. 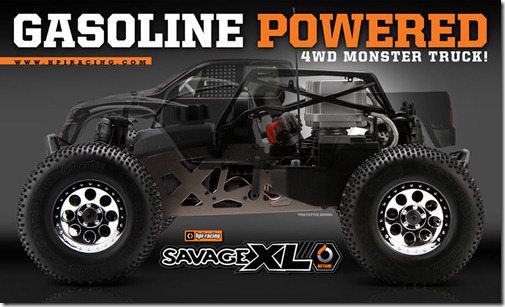 Quite rightly it is the well known and proven extended Savage XL chassis with that all new 15cc petrol engine on board.

HPI themselves say this…

The HPI Savage is an Award-Winning series of 4x4 monster trucks that continue to push the limits with performance, reliability and ease of use. Now with the release of the new Savage XL Octane, that level of excellence has been raised to new heights. Fans are now treated to a newly updated design of the legendary Savage platform with an awesome gasoline engine that will surprise even the most experienced drivers. The new Savage XL Octane has a host of features that throw the rulebook out and all in a great Ready-To-Run package. This revolutionary new engine will give you more torque plus longer runtime. Combined with the host of new updated performance parts to the legendary Savage platform, the Savage XL Octane will leave all other competitors in the dust!

Link to the HPI news page

I am certainly looking at getting one of these trucks to start and replenish my RC collection, after sadly having to sell much of it off a few months ago to fund something else. But now i am back on track, have the RC bug, and been hanging on for one of these from the moment of that first press release, it’s certainly coming round at the right moment.

Early searching and indication would suggest the Savage XL Octane is due for release around the 1st of April 2013, with no idea of prices just yet. 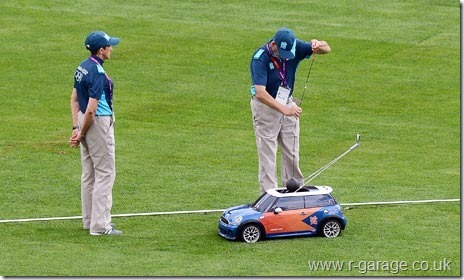 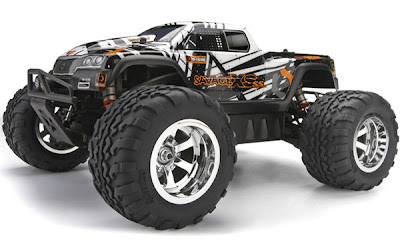 It comes with a great sadness that i have decided to sell my current fleet of models and equipment.
Unfortunately i need to carry out some work on my house and would benefit greatly from releasing the money i have invested in my models.

All is not lost though, i will be back later in the year with the intention of getting a WR8 and a Savage Revolution or whatever the new HPI petrol engine truck will end up being called.
All my stuff can currently be found on eBay

I will be back in future :)

ALL NOW SOLD! Thank you for your interest :)

I'm a bit of a “excitable child” today with all the news and pictures that are emerging from the Nurnberg Toy Fair.

As predicted when the WR8 Nitro was release, which i was equally excited for, HPI have now announced the inevitable Flux Brushless Electric Version!

No gory details so far, but will this fill the hole that the RS4 Rally left behind… one can hope! 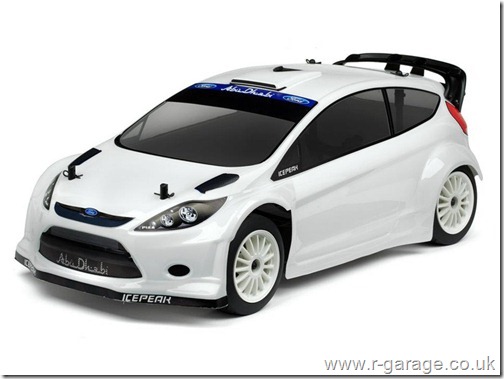 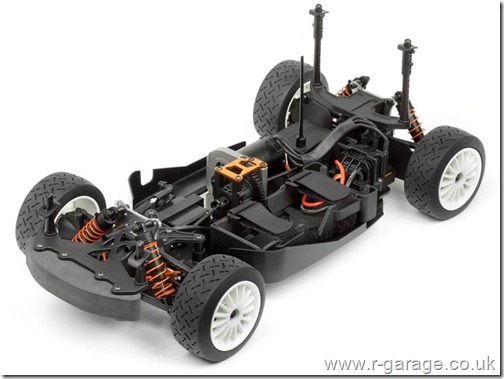 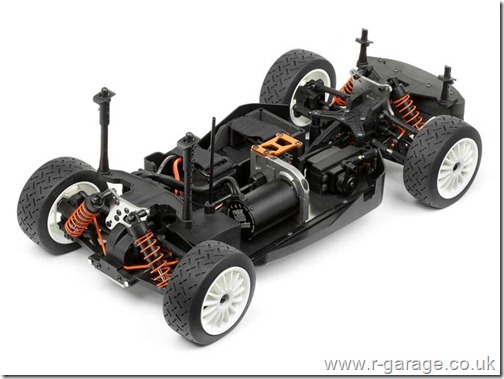 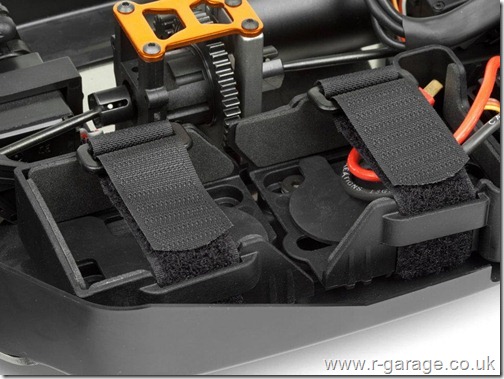 A Revolution is coming…

Remember back in August 2011 when HPI released this teaser image?

Well since that day, HPI have been very quiet on all fronts when it comes to their new 1/8th scale gasoline/petrol powered “Savage”, but thankfully today new evidence has been released to the great unwashed… 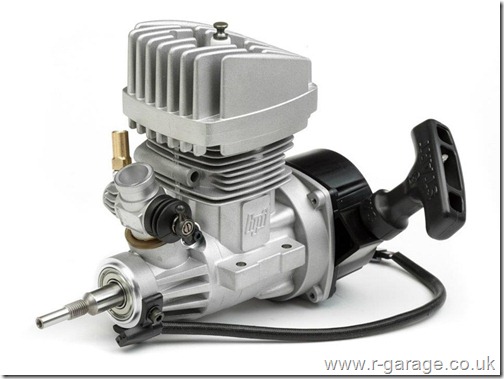 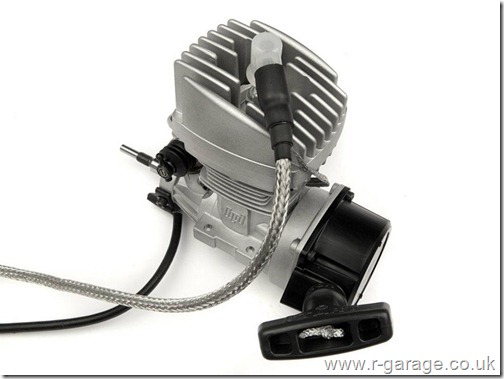 So there we have a preview of the mill itself, a reasonably conventional looking 2-stroke petrol engine with a pull start. Interesting there appears to be a nitro engine style carb attached to it. Whether this is just a publicity or prototype mock-up is not clear. 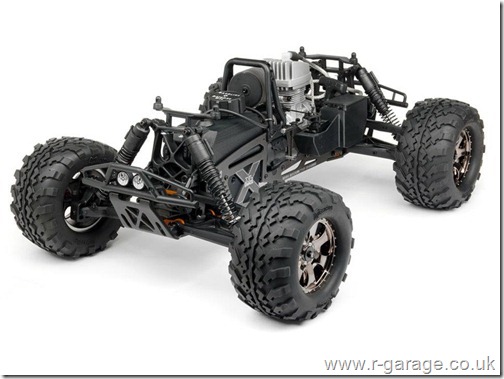 And there is the fabled “HPI Revolution” or will it be another derivative of the Savage?

Looks like the latest iteration of the Savage X with the single shocks and orange aluminium components. The radio box appears to be replaced with a large fuel tank and the radio box now in place where the old nitro tank was found?

Where the steering servo lives is anyone's guess, but again, i feel this is a prototype and not the final finished product.

It gets better, i personally now believe that “Revolution” isn't the name of a new model, but more of progression through all of HPI’s current line up, because in the same breath of showing us a truck with a petrol engine we have also been treated to images of a buggy and both the Apache and Apache SC chassis with the same engine installed… 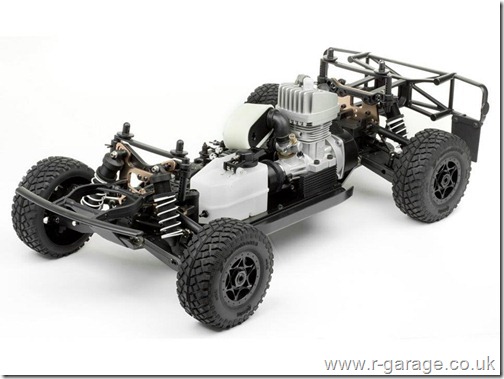 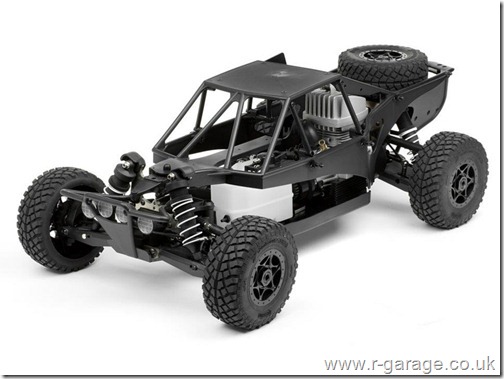 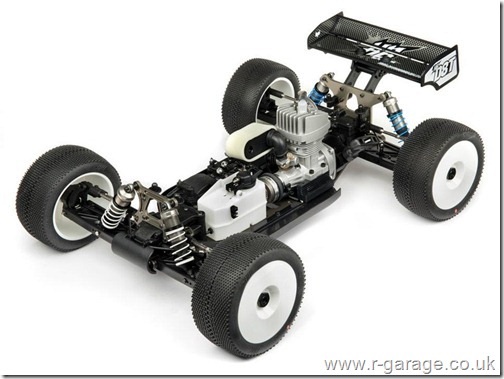 So whatever you favour… you can have the choice of the petrol engine.

So how much will the HPI Revolution or its brothers cost? Sadly we are not that far along yet as they definitely all appear in that prototype unfinished stage so far. But i would guess at a mid-2012 and maybe £450-£500 release and price tag?

They do look to be making a debut at the Nurnberg Toy Fair which is on between the dates of 01-06 Feb (starts today!) so we may start to see more images and information cropping up over the next week.

Here is wishing that everyone had a great Christmas and new years break and congratulations if you received any new R/C gear.

I personally didn’t ask for anything but still ended up with a small flying indoor UFO! OK its a small, cheap and cheerful toy, but its a great laugh trying to fly it around the front room!

Although i had two weeks off work, i have been spending the time nursing a problem with back and leg, muscles and nerves (which is getting much better thankfully) so I've spent as much time as possible off my feet.

Plus the weather has been awful, cold, wet and windy, so being out with my models becomes a bit of a chore and working in a cold garage wouldn't have done my ailments much good.

At least we are now on the upside for longer day light hours coming back and hopefully a fresh and mild spring, perfect for plenty of bashing.

Looking forward to this year…. hopefully the HPI Revolution will have more news revealed, and with its potential release, after we were shown the teaser from August 2011.